Few weeds come up as quickly and resiliently as common groundsel.

Like other members of the sunflower family, common groundsel (Senecio vulgaris) features a sunny yellow flower. Akin to dandelion, mature seed heads transform into puffballs that fly on every breeze. The flowers of common groundsel are smaller than dandelions, and the green bracts have black tips. The plant has an upright growth, normally growing 16 inches tall.

Common groundsel features pinnately lobed leaves (with matching loops and curves on either side) that may be toothed along the edges. Leaves are smaller near the top of the plant and may be covered with fine hairs. The leaves are sessile, which means they attach directly to the plant. The stems are hollow and the root system is a shallow taproot.

If robbing nearby garden plants of sunlight and nutrients wasn’t bad enough, common groundsel is also a carrier of several fungal diseases. It can host Cineraria leaf rust (Coleosporium tussilagini). It can also carry the fungus that causes black rot, another fungal disease that can affect citrus, chickpeas, cucurbits, such as cucumber and melon, tomatoes and peas.

While hailed as a medicinal plant by some, common groundsel contains chemicals, called pyrrolizidine alkaloids that can cause irreparable liver damage. You’d have to eat an awful lot of it, but you may want to avoid feeding it to your chickens, just to be on the safe side.

Common groundsel is self-pollinating. Each plant can produce 1,700 seeds, and there can be three generations per year. That ends up being a lot of weeds! The best way to control common groundsel is to prevent it from spreading in the first place. This means snatching seed heads any time they are seen and tossing them in the trash. Seedlings are far easier to pull than mature plants, so learn to recognize them and pull them out every time they are seen. Heavy common groundsel infestations can be slowed or halted with sheet mulching.

As with all weeds, this is an ongoing battle. Because these plants carry disease, it is better to be vigilant.

Kate Russell is a UCCE Master Gardener in Santa Clara County. For information, visit mgsantaclara.ucanr.edu or call 408.282.3105 between 9:30am-12:30pm Monday through Friday. 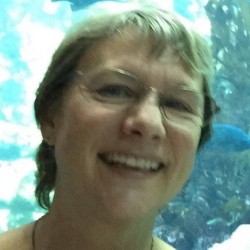